Weekend Warrior Syndrome: Why I hate it.


During my last job interview, I was asked:

"So, are you comfortable working a schedule that doesn't include two consecutive days off?"

Some of you may be astounded by this question. I've been in the tech support/callcenter world for over 15 years. So, it's a typical question for me, and a common scenario for most of us tech-geeks.  You work whatever hours your company gives you, with the expectation that one day of your shift is a weekend day.  Why? Because for those of us that aren't in the technical industry, the rest of the world expects 24/7/365 support. It's fine if the average Joe doesn't work Sundays, but if average Joe's computer/phone/blender/whatever is broken, somebody better be able to fix it. Right. Now.

But as society moves closer and closer to an 'instant gratification' or 'insta-response' world, less and less folks have time to enjoy what really matters to them. Whether it's family/friends, book club night, or hiking.

I hike. I mostly day hike because I don't have a job or personal life that allows me to be away from home for more than 8 hours. But with my current job, I don't have the opportunity to even take mini-hikes. I get about one day off to hike, and another day to do all those neglected house-chores or grown-up things that are expected of a well-adjusted human.

Developing a schedule or system helps. My Friday's are typically the day I go out and be a "weekend warrior" and Sunday is a hectic mish-mash of day trips and grocery shopping.

But the benefits of having two days off in a row (like most folks) is that your hiking and outdoor routine is MORE LIKELY to stay a routine. Our lives are ever-changing, things happen, "whatev's" -as the millennial generation before me puts it. So a slight trip up in a two day off routine isn't bad.  You can still "have tomorrow" to go do things, you can still go hike that canyon you've been reading about between customers, you don't dread work the next day or count down the minutes til your next day off. When you have a staggered schedule, adjusting for those small things that "just come up" is a lot harder. You have to move EVERYTHING (mentally) and often times, put aside things like hiking, walk-abouts, trail runs, wanders since you're usually the only person that appreciates the mind-clearing, stress-relieving exercise that is hiking.

I've started to call my days off "Weekend Warrior Syndrome" -and it applies to more than just hiking. I'm still pretty tight with the "Geocaching World" (A mobile GPS-based game), and many geocachers will spend every moment of their day off outdoors, finding geocaches, completely tripling their physical activity level and exerting themselves beyond the normal scope of exercise, social interaction, and just plain doing stuff.  I do the same with hiking, and I know quite a few folks that will say the same for mountain biking, kayaking, etc...

But once "Monday" hits, most people fall right back into a sedentary lifestyle, sitting in poorly designed computer chairs, leaning in for hours at a time to stare at screens, and barely moving. I can go anywhere from less than one mile (on a "busy" work day) to 16 miles on my day off.  Definitely not getting that minimum 8,500 steps recommended by the President's Council for Fitness and Nutrition (link).  I'm definitely one of them.

What's funny about this recommendation is that while everyone is out there "fighting" for $15/hr or painting bathrooms pink and blue, nobody is out there saying:

"Hey, we are burning out Americans! Give them some time off!!!"

Yep, I went there... I love my National Parks, my Public Lands, and my Wilderness Areas. But it's kinda hard to go out and enjoy those things when you've spent an hour packing a hiking pack, drive  two hours, hiked 8 miles, and know in 12/16/20 hours you have to be back in "civilization" walking someone through deleting all the photos of their ex-girlfriend off their smartphone.


I'm not saying it's the main reason our National Parks are dying, but I am saying it's a good reason people aren't visiting our beautiful wilderness areas.  If the average household has at least one family member working a mid-shift or off-shift, and both income-earning family members do not work at the same company (or same field), they are less like to take vacations that require work (i.e. roadtrips and camping vacations to National Parks).

"Take a moment and breath....enjoy the simple things in life....Just not two hours before or after your shift"....

According to ABC News, American's work more hours than most of the industrialized world. We also take less vacation time, and retire way later.  So, why make it worse by giving some of us the worst shifts possible? -We've done this to ourselves, and it seems nobody can figure out how to fix it. If they have, they aren't talking. They're probably roadtripping across the United States or out hiking where there's no cell service.

Now, there's been a ton of complaining in this post, with some facts...But a few of you are probably saying to yourselves "Get a Different Job". You are absolutely right. And that'll be another post, in the near future.  But I'll give you a "teaser": If any of you have tried switching career paths in the middle of your life, you know my struggle.

In the mean time, I'll keep chugging along with these weird schedules, and hoping someone says "OMG, you're an amazing photographer! Can I pay you to go to random, beautiful places and take photos?"  Yes, yes I can, and I'll even do it for less than the average Joe spends on a Blender. 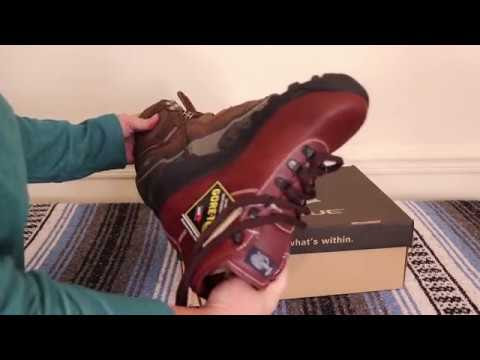